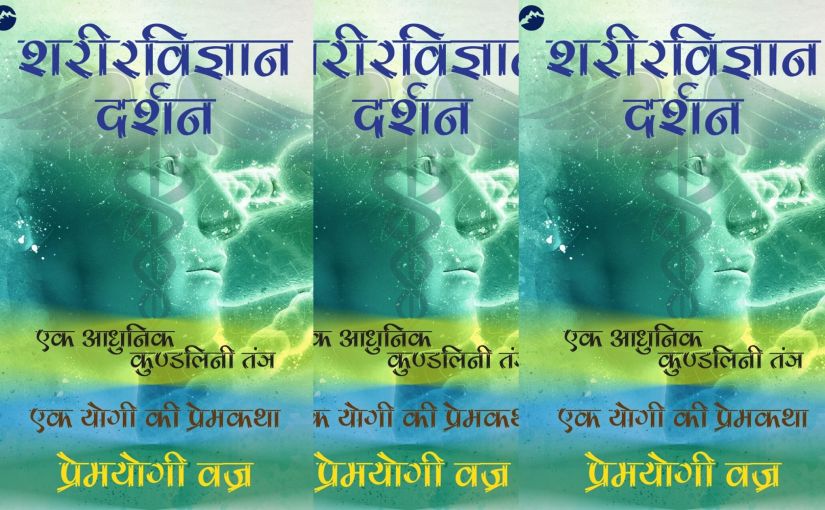 It is to certify that we all under this website don’t endorse or oppose any religion. We only promote scientific and humane study of religion. This website is tantric in nature and should not be misunderstood or misinterpreted. Practicing its methods without proper knowledge and qualification may prove harmful for which the website doesn’t hold any responsibility.

I experienced as if the Beautiful Kundalini-image of my spiritual Master suddenly and surprisingly rises to brain from the unobserved different body points or chakras. My brain becomes filled up with that image . Pressure appears in my brain upward. Great bliss and light .Logical mind dead. limited ego dead. Ego in the form of image only. Image superimposed over every where and on everything . Unity consciousness experienced. It is a state of Sampragyat Samadhi.

My eyes wide open without blinking but with amazement to one side constantly, yet seeing nothing physical things present there, but only Kundalini image inside and outside as if same. Actually, every scene was in front of my eyes but all appeared as if inside the brain, not outside. Those scenes were united as if one with my Kundalini-ridden self. When every scene was there as if my own self, then how could I see those for anybody can see only others, none can see himself but can experience only. Own self is experienced only, not seen or judged in a way just as non-self/other is seen or judged. It means that my focused concentration had reached the peak suddenly for a moment, that’s why Kundalini-image appeared to me as if being my own self, not other. Intuitively, I guessed without judgement or without involving brain that people were feeling me as if I had gone crazy. Image was much more intense, bright, influential and experiential than even anything physical experienced ever. I diverted my eyes here and there intuitively to escape away from the people’s attention and also massaged my forehead with finger tips from side to side, trying to constrict my eyes and putting pressure on my brain to experience the physical world in physical dimensions again. I left the spiritual dimension and started getting sense of the physical world around with dilution of the intensity of kundalini image. I again tried to get the spiritual dimension back after one or two minutes of leaving it on sensing my mistake, but I failed miserably. I tried to lift up that bright, golden/fire-colored Kundalini but failed. I remained in the full Samadhi(kundalini awakening) of spiritual dimension for almost ten seconds. In the evening, I could not concentrate that much during my meditation  hour due to the fatigue of my neurotransmitters, psychologically as if mental Kundalini image of my Master with loving smile saying, “you have missed boss, but don’t worry for I’ll come again soon, so wait for the next chance”. However the chance is too rare for that demands a lot of dedication, time and right effort. Anyway, experience was there. Kundalini awakening occurs suddenly at that time when one is fully relaxed, blissful and enjoying the world, being totally unaware about that, so one is not cautious enough to handle that thus highlighting the importance of regular practice to make her handling spontaneous, intuitive and habitual.

This above is the detail of my that day’s experience as uploaded on the Brilliano Kundalini forum (a kundalini research organisation). Actually, everyone remains in Samadhi while being conscious, only intensity varies. This is so because mind of a conscious man always bear this or that thought or image. A single thought or image in a concentrated state is what a door entry to Samadhi. When concentration to a mental image of an object or thought develops so much that image appears nothing separate but as his own self by the meditating being, then Samadhi is perfect and can be called as Samadhi proper (for understanding). At that time, image appears very sharp, bright, blissful and real. That image appears such that if only that image exists. This, that, you, I, we and everything is nothing but that image only. It is felt that if image exists only and nothing other than the image exists at all or say everything is in the form of bright Kundalini-self, opposed to the worldly self that is dark and impure. Knowing(own self of man meditating), known and knowledge; all of these three become one with the meditating man as if his own self only. Concentrating(man concentrating/meditating), concentrated(mental kundalini image) and concentration(recognition of the process of concentration/meditation) become one in the form of the own self of meditating man. Samadhi state is nearest to Enlightenment. In fact, it’s door entry to the Enlightenment. In Patanjli Yogsutra, spiritual development up to the Samadhi level has been described only, because it’s the only describable top most state in meditation. Enlightenment can’t be described properly and fully at all. Samadhi is achieved through repeated and focused concentration on a single image through meditation, regularly and consistently for years. I think, if concentration is proper and method is right, Samadhi can be achieved within one to two years. Samadhi can develop only with a mental image, not with the object of sense directly, because our self resides deep inside and can’t merge with the object of sense which is outside and superficial. The role of the external object is only to strengthen the own image of that object inside the brain of the meditating man in the start. Later on that’s discarded too and mental image of that object is only practiced wholly. During Samadhi/awakening, everything that may be external or internal, all appear as if internal only, that is a reality too. The reason found for this experience is that we are accustomed since the eternity to consider more bright things as if external and less bright things as if internal due to the sensual delusions. When the brightest Kundalini appears as if internal during the awakening, then there is no reason for all other things to be considered as if external.

According to Premyogi vajra, that Kundalini awakening experience was ordinary, neuroscientifically explainable and as per the mind science in origin; never a mysterious one. During kundalini awakening, one finds his fully dark self as merged one with the bright kundalini, means one’s own self becomes cleared to fully bright one. This causes self-clearing mission to be started by him spontaneously/unknowingly. Because self becomes progressively cleared with adoption of non dual attitude only, therefore awakened being is forced to adopt non dual attitude by the spontaneity/nature itself, that in turn transforms his lifestyle too positively.

Further added, existence of direct as well as indirect sexual tantra as told above also means that attractiveness of an woman matters little in a married (sexual ) life.

See original description at Love story of a yogi – internal webpage or see book “Love story of a Yogi- what Patanjali says” on webpage “shop (library)”.

If you liked this page then please click the like button, share it, and follow this blog while providing your e-mail address, so that all new posts of this blog could reach to you immediately via your e-mail.