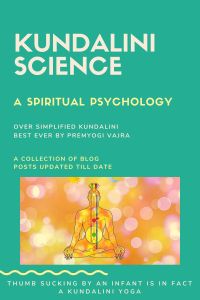 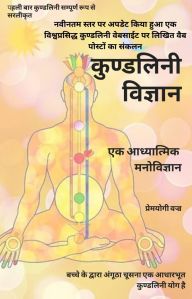 Friends, there are many questions on Quora about learning Sanskrit. Some people also benefited from my answers. Then I thought why not make a beautiful blog post on Sanskrit so that many people can benefit. This post is the result of the same thinking.

My tendency towards Sanskrit

I have grown up in a family full of Sanskrit-scholars from the very beginning. In this way, Sanskrit was inherited by me. It was compulsory to read Sanskrit subject from class VI to X, it also helped me a bit. If Sanskrit was the subject from the first grade itself, it would have been more beneficial. It is a matter of regret that many states of India give more importance to their regional languages ​​than to Sanskrit. Sanskrit language is not taught in many states, such as in Punjab. This is also one of the main reasons behind progressive decline in Sanskrit in India.

Kundalini gets strength from Sanskrit

This has also been my personal experience. During my younger days, when I was busy with my business activities full of materiality, I used to study Sanskrit every day. I liked Sanskrit mostly that of the great Puranas. I used to write a few words in Sanskrit on getting some more free time. In a few years, a small size book was prepared from those Sanskrit articles, which will be available to you free of cost at the following link. Due to the influence of that Sanskrit, my Kundalini lived in my mind permanently. Whenever I used to go away from Sanskrit, then that Kundalini used to disappear from my mind.

This fact has been proved by scientific experiments. Scientists in the US have discovered through a scientific research that structural changes were seen in the brain due to the influence of Sanskrit. Those changes were an increase in the capacity of the brain, mainly the increase of memory. We all know that memory is the main criterion of brain’s efficiency.

In fact, there is no difference between meditation and memory. Meditation is nothing special but remembrance of the highest order. That is why the clear form of Kundalini in the form of Kundalini-Dhyana/meditation is constantly remembered in abundance. It can also be said that by focusing the memory on the Kundalini, it becomes the meditation power. Hence it is proved by itself that Kundalini gets power from Sanskrit. If Sanskrit is in the form of rhythmic, simple and interesting mantras (as in the Puranas); Then Kundalini gets more benefits.

Hindu-Puranas are unique reserves of Sanskrit

The Sanskrit of the Puranas is very simple, clear, rhythmic, musical, versatile, interesting and knowledgeable. My grandfather used to read Purana in original Sanskrit and its Hindi translation every day. Due to its influence, my Kundalini lived in my brain permanently.

Similarity between Sanskrit and English

I did not find this information in any article etc., but this is my own experience. One who has a good grasp on Sanskrit, may also have in English. In both languages, the basic properties such as the addition of words, short forms of words, ornamentation and depth of grammar are the same. For example, unforgettable – English, अविस्मरणीयः – Sanskrit, भुलाया न जा सकने वाला – Hindi. Here the English and Sanskrit word structure looks similar.

Some tips for the curious to learn Sanskrit

Many people engage in grammar for years to learn Sanskrit. They are deprived of the real Sanskrit of the Puranas. If you do not read Puranas, what is the benefit of Sanskrit? Language comes not from grammar but from practice. Therefore, the Puranas should be read directly. I lived in this same practice for years, and could never be convinced about my Sanskrit knowledge. Then, with the advice of an old man, I ordered from the Bombay Printing Press a Yogavasistha text written in original Sanskrit with a Hindi translation. This book is as big as Mahabharata. There are too many repetitions in this. So I started reading it with full rapture, without going into depth. I looked for Hindi translation only when it was very important. Sanskrit shlokas/verses that were not understood, those were further clarified ahead again and again. I also kept a simple book of translation, a Sanskrit to Hindi dictionary, a shabda roopavali/word-formations and a dhaatu roopavali/verb formations to help me. In about six months, I read the whole book. From that I started to have sense of grammar itself. I started to believe that I knew Sanskrit. Then I felt Sanskrit cravings. After that, Bhagwat Purana and then 108 Upanishads were also read in original Sanskrit with the help of a little Hindi translation. Then Sanskrit filled my mind with satisfaction. If empty grammar was entangled, then nothing would be found. Even today, I read 1-2 pages of Purana in Sanskrit every day. If Sanskrit remains a daily practice, then there is a lot of benefit. Therefore, Sanskrit seekers are advised to learn Sanskrit in a similar planned manner, so that success can be achieved soon. In fact, for those who know pure Hindi, it is very easy to learn Sanskrit. Sanskrit words are there as such in Hindi. When different mathematical type formations are correctly inserted in those words, then those Hindi words become Sanskrit words.

A unique attempt to promote Sanskrit

I compiled a miniature Sanskrit book titled “PhysiologyDarshanam/shareervigyandarshanam” with the unforgettable support of my soul mate Premyogi Vajra. The download link of that free booklet is given here.

How learning Sanskrit literally expands and improves the brain

One thought on “Contribution of Sanskrit for Kundalini”